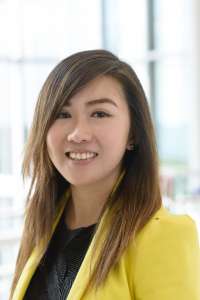 Lien helped recruit between five to 10 new members to ACCP in 2018-19 and was recognized with a plaque and free registration to next year’s annual meeting. The department of pharmaceutics in the UF College of Pharmacy was instrumental in becoming the first school to have a student chapter in ACCP. Today, the student organization has more than 20 members.